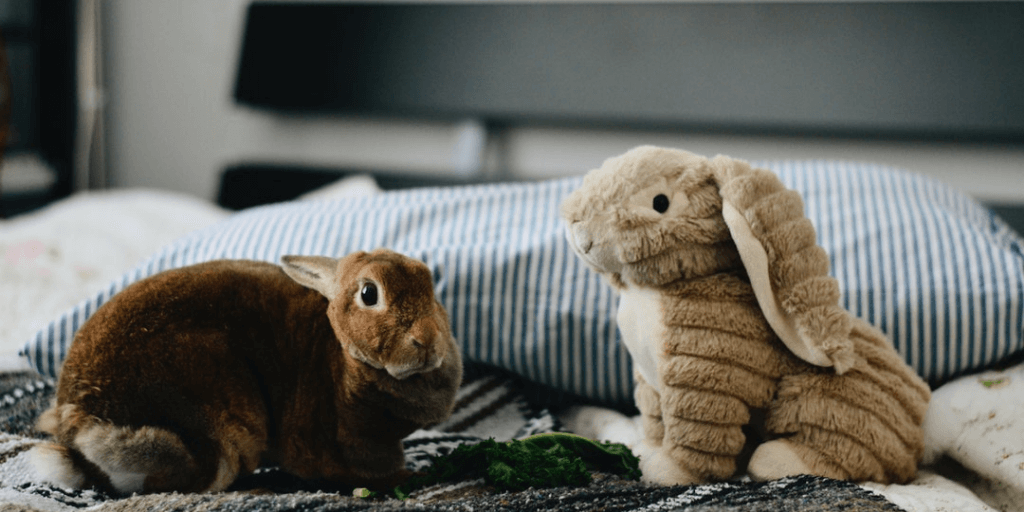 Although the cartoon character is rarely seen without munching on a carrot, animal health experts say the vegetables are not a superfood for pet rabbits.

Far from helping bunnies see in the dark, carrots have far too much sugar and should only be given to pets as an occasional treat.

The health advice comes from the British Veterinary Association at the start of Rabbit Awareness Week along with a warning about how the popular pets are suffering because of poor diets.

Surveys reveal that five of the top six health problems vets see in pet rabbits are due to the way they are being fed.

Misconceptions about what can be given to the nation’s estimated 1.5 million pet rabbits has led to almost nine out of 10 vets having serious concerns about poor nutrition and potentially fatal but preventable health conditions such as obesity, gut problems and dental disease.

Rabbits make fantastic pets, but unfortunately many vets are seeing rabbits suffering from completely preventable illnesses due to a poor diet

To mark Rabbit Awareness Week, the BVA today put out a five-point plan to improve the pets’ welfare – including a plea for owners to hold back on the carrots and other “bunny spoilers”.

These are the BVA top tips for feeding rabbits:

• Eighty per cent of a rabbit’s diet should be good quality hay, grass or a mixture of both. Good quality food prevents digestive problems and helps keep teeth the correct shape and length.

• Move away from so-called rabbit “muesli”. Although the colour cereal mixes are more attractive to rabbits than other pellet foods, they encourage selective feeding and predispose the animals to dental disease and obesity.

• Give carrot tops not carrots. Despite the myths perpetuated by cartoon and storybook characters, carrots are high in sugar content and should only be given occasionally as a treat. Green carrot tops are a more appropriate snack.

• Plants and vegetables should make up 15 per cent of a rabbit’s diet, with courgettes, spring greens, broccoli and curly kale; herbs such as basil and parsley and wild plants such as dandelions and burdock good options. Avoid certain lettuces such as iceberg, which contain a secretion called lactucarium that can be dangerous in large quantities.

• Don’t worry if rabbits eat their droppings. They produce two types of pellet, with those passed at dawn and dusk containing important proteins, fatty acids and minerals.

When the BVA conducted its Voice of the Veterinary Profession survey two years ago, 85 per cent of vets admitting serious concerns about rabbit health because of poor nutrition.

“Rabbits need a fibre-based diet packed with clean hay, grass and leafy greens such as broccoli, cabbage and kale to help prevent stomach issues as well as dental problems, which ranks among the most common rabbit complaint seen by vets.

“Any changes to your rabbit’s diet should be made gradually, with advice from your vet, to avoid dangerous digestive problems.”

Rabbit Awareness Week (RAW) has made “Move Away from Muesli” this year’s theme.

Pets at Home said it introduced a ban on selling rabbit muesli five years ago and is calling on other retailers to follow suit.

Dr. Maeve Moorcroft, head of pets for Pets at Home, said: “Rabbits fed on a muesli diet are more likely to suffer from dental and digestive problems, and these health issues can have a detrimental effect on rabbits, so we haven’t sold rabbit muesli in our stores and online for five years now.

“It’s great that RAW is continuing to draw attention to this issue and we hope that ‘Move Away from Muesli’ helps make a real difference to the welfare of all rabbits, by ensuring that they are fed the right diet to keep them healthy and happy.”