Tips To Introduce Your Foster Pet To Your Resident Pets 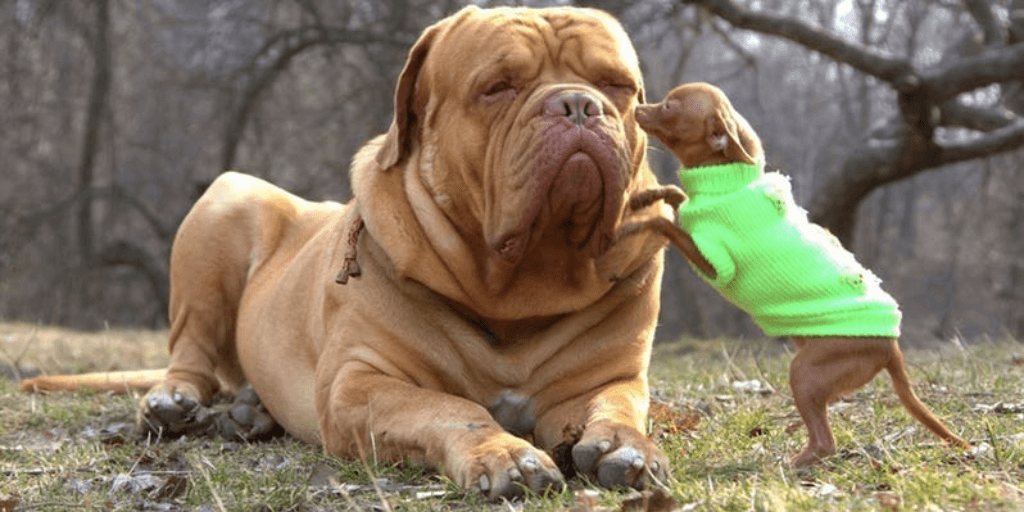 Introducing a new member to your fur family can be a tad bit tedious. Animals are far more unpredictable in their behaviors than humans are, and even the tamest and manageable pup can become anxious and out of sorts when a new dog comes into the home. Foster dogs suffer from the difficulties of adjusting to new surroundings. When introducing foster dogs to resident dogs, take care in how you go about this song and dance. Here are a few tips to make that monumental transition more seamless.

CHOOSE A NEUTRAL LOCATION FOR THE FIRST MEETING

When introducing a foster dog to a resident pup, a neutral location is the best choice for that initial meet up. Animals are nothing if not territorial, so doing that first face to face, (or wet nose to wet nose,) should not be done on anyone's home turf. Expect a whole lot of circling and sniffing on that first day and then some. Even the most socialized of animals can sometimes struggle with new dogs that suddenly appear in their circle.

Dogs are not great at sharing their food dishes, especially with animals that they do not know well. It's best to keep feeding dishes and even feeding spaces separate when integrating a foster dog into the family home. One suggestion that foster fur-moms and fur-dads who have become seasoned pros at the foster game continuously tell new foster families is to have the new pup eat his meals in his crate.

BABY GATES WILL BE YOUR NEW BEST FRIEND

Animal barriers and gates can be pretty pricey to purchase, but a sturdy, cheap or better yet- resale- baby gate will quickly become a foster dog mom's best friend. They can be moved around the house and used in different spaces, and they will allow for the foster pup and the resident dog to have their domains, yet still be able to smell and see one another.

FURNITURE PRIVILEGES MUST BE EARNED

The idea behind limiting a foster dog's, (or any dogs,) access to pieces of furniture has to do with setting boundaries. Creating understood boundaries with animals is critical. You are the master and the one who makes the rules. You say where and when they can access certain items. Ultimately you are the one who decides if you want animals taking over your couch and your bed, but in theory, dogs should only be allowed to invade human furniture space when they are invited to do so.

Positive praise should be used as much as possible with both the foster dog and the resident dog. When you see the pups sniffing around each other and engaging in healthy, social canine behaviors, offer positive verbal praise to both dogs. Use a happy and friendly tone to let the dogs know that you are pleased with them.

KEEP YOUR EYE ON YOUR PUP'S POSTURE

An animal's posture almost always tells the tale of its disposition. The clues to how an animal feels in a particular moment can be seen in their stance, eyes, teeth and tails. If either the foster dog or the resident dog has their ears pinned back, their tail stiff or low and their teeth bared, then intervene. These are telltale signs of aggression. If the dogs engage in a "play bow," which looks like hinds in the air and front legs to the ground, then game on! Those two are ready to play.

Creating a level of ease and comfort between a new animal and one who has lived in your home for some time is never going to be a race. No one gets a prize for easing canines into a flow at warp speeds. When it comes to transitioning a foster dog into a home environment with other animals, slow and steady is the pace that should be set. Let the animals work at their tempo and chances are they will come to like one another quite well.

Even if you feel as if you hit the motherload with your foster dog and single handedly created the dream team of canines, don't think that you can jet out for a night on the town leaving your animals the run of the place. When the owner isn't present, animals should be put in crates or secured spaces, like a sparse laundry room.

Consider borrowing an article of bedding from your foster dog's animal shelter to bring home with you before actually introducing it to your resident animals. Keep the piece of bedding in your home and let your resident dog become familiar with the scent before he has a chance to meet his new friend.

WHEN GETTING HOME, REMOVE TOYS AND BOWLS AND BEDDING OF RESIDENT ANIMALS

Animals can get territorial over their things, and resident pups might get a little bit wonky when a new fur friend comes into their home and heads for their favorite blanket or chew toy. Before bringing your foster dog into your residence, remove the resident dog's particulars. Consider this a temporary fresh start for everyone.

SEPARATE SPACES ARE A GREAT IDEA

Even us humans need our own space away from the madness that life often brings. Dogs are not all that different from us in that respect. Introducing a new addition to the home can be a very stressful event for pups, so give them their place to go to and reset.

LET THEM MEET IN "PHASES."

Dogs can be phased into each other little by little. When they first meet, sniffing should be limited, and they should be leashed. The next step of interaction would be to keep the leashes on, but drop them as the dogs get to know one another.

IF YOU HAVE MORE THAN ONE DOG, INTRODUCE ONE AT A TIME

Sometimes foster fur-parents must bring a foster pup into a home with several existing dogs. Many of the steps for easing animals into one another remain the same, with one slight adjustment. You'll want to let the foster dog get to know each resident dog in a one-on-one situation. This might take more time and patience on your part, but it will likely pay off in the end.