Things You Should Know Before Getting a German Shepherd 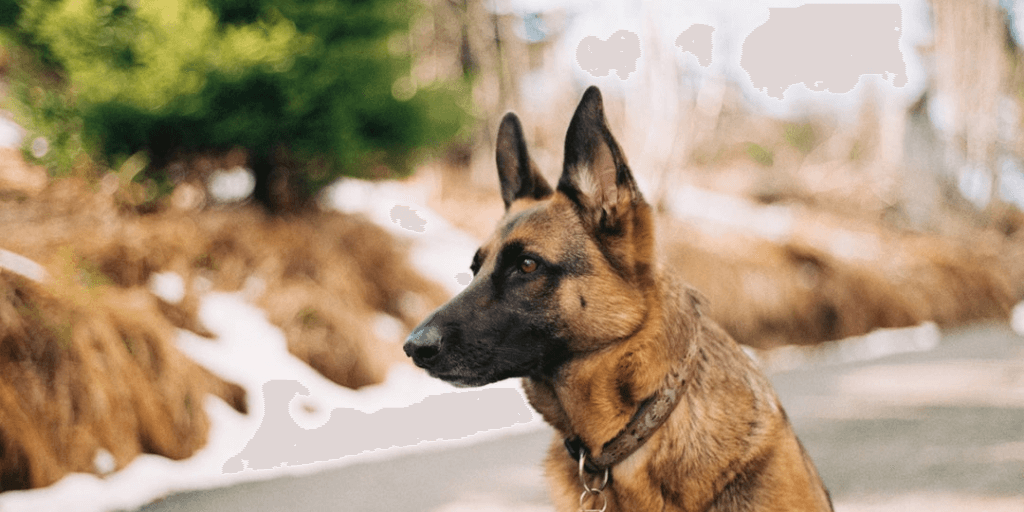 The German Shepherd or Alsatian is best known for its role as a service dog and is a highly intelligent and loyal companion.

German Shepherds are an incredibly popular breed, known for their bravery and intelligence. They are a breed that needs a job to do, whether as a service dog or as a highly trained companion. If well-handled and socialised they have a lovely calm temperament and make great family pets.

WHAT DOES THE GERMAN SHEPHERD WANT IN THEIR PERFECT LIFE PARTNER/FAMILY?

I would love to live with someone who loves training and lives an active lifestyle. I enjoy trips to the park, games and using my mind. I bore easily, so I would like someone who will give me a job to do or would like to do advanced training or agility work. My ideal day would be spent playing ball at the park with a special someone.

Fearless – the brave personality of the German Shepherd means it will rarely back down, so socialization and training around people and other dogs is essential. They also make excellent assistance dogs and guard dogs for this reason.

Intelligent – The intelligence of this breed means it needs lots of training or it will often get bored and possibly destructive. A good basis in training will make for a loyal and happy relationship.

Playful – German Shepherds are often more motivated by play as a reward for training, rather than food. Particularly as young dogs they love to play, chase and live life to the full.

Strong Prey Drive – Shepherds do love a good game of chase and are unsuitable for households with pocket pets for this reason. They love to play ball and have an outlet for their chase instinct.

German Shepherds love to work and play. They are easily motivated to train with you and make wonderful obedient pets if positive training methods are utilized. A nervous, poorly socialized dog can easily become a fear-biter so caution should be taken to make sure they are socialized early.

For most shepherds a tired dog is a happy dog, so a big run, walk or play daily is essential. They love the chase and will be easily trained to fetch a ball. They also love tug of war games and rope toys and often love to chew.

Shepherds need at least 2 hours of exercise and training as youngsters, but will need ongoing training into adulthood to ensure their minds are occupied. They love to have a job to do, and training gives them an outlet for their loyal people-pleasing personality.

German Shepherds are fairly low maintenance in the grooming department, but do have a lot of hair to manage. The long-haired variety can be a little more work and will need a daily brush, but the regular short-haired variety just needs a weekly brush through, with perhaps a little more attention during the change of seasons as the coat changes.

Monthly baths are recommended, particularly as they are inclined to roll in smelly things at the park, but are otherwise not essential, so long as they receive a regular brush to distribute healthy oils throughout the coat.

German Shepherds are extremely loyal to their families, however this can be a problem should you have your dog first, then have children. However most if they are well socialised will be great family pets, with supervision around children. They love a game of chase, so keeping rabbits or ferrets is not recommended with German Shepherds.

German Shepherds love to play with other dogs, however they also bond very closely to their owners and are equally as happy as an only dog, so long as they do not spend long periods alone. They really need lots of exercise and training so would not be suited to working families who do not have 2 hours a day spare to spend with their dog.

German Shepherds are larger dogs, so will cost a significant amount to feed and for parasite protection needs. They also have higher than average veterinary bills and are prone to more disease than most dogs. Pet insurance is recommended, but check the exclusions on your policy as Shepherds are prone to a number of inherited diseases.

Hip Dysplasia- German Shepherds are prone to hip dysplasia, and while more breeders are hip scoring in an attempt to breed out this devastating disease, in some cases it can still occur, particularly with overfeeding at a young age.

Elbow Dysplasia – This common cause of fore-limb lameness occurs in many large breeds and is caused by several possible defects, including osteochondrosis and an incongruous growth rate between the radius and ulnar of the fore-arm. This disorder is another reason not to overfeed a growing Shepherd.

Degenerative Myelopathy – This neurological disease has a DNA test and can be screened for in breeding animals. It is a disease of the spinal cord that is incurable, progressive and leads to progressive weakness in both hind limbs.

Exocrine Pancreatic Insufficiency – This disease leads to inability of the pancreas to produce digestive enzymes and is treatable with appropriate supplementation.

PREVENTATIVE CARE & WHAT TO LOOK FOR:

Avoid feeding too much, over-exercising or supplementing with calcium in a growing dog due to risk of orthopaedic defects like hip dysplasia or osteochondrosis.
Check with your breeder whether their dogs have been screened for haemophilia and hip dysplasia and ask your vet to regularly check your dog’s hips.

German Shepherds often are very active and athletic, particularly as youngsters, but may become a little lazier as adult dogs. Care should be taken to avoid weight gain as they age, as this will accelerate osteoarthritis, particularly if your Shepherd has hip dysplasia.

If your Shepherd is prone to scaly, dry skin a gentle oatmeal shampoo and some omega 3 fish oils is recommended (such as Dermega or Dermoscent). Some Shepherds actually have quite exudative, greasy skin, in which case Malaseb or Sebolyse is recommended.

If your Shepherd swims, or gets frequent ear infections, ask your vet how to do preventative ear cleaning with a gentle ear cleaner.

German Shepherds were originally used to guard livestock. Their name was changed to Alsatian during World War I, as the first dogs were brought back from Alsace-Lorraine by soldiers. The breed was subsequently used as a search and rescue dog, guide dog, police dog and in the military.

In 1929 the popular Rin Tin Tin, who starred in 28 Hollywood films received the highest volume of votes for the Best Actor Oscar, but it was thought to give the accolade to a dog would undermine the credibility of the Academy. Instead, the prize went to second place, despite his popularity. Rin Tin Tin was originally saved from a WWI battlefield by a US Marine called Lee Duncan.

The German Shepherd has specifically been bred mainly for intelligence and they were ranked at 3rd by author Stanley Coren in The Intelligence of Dogs, where he states that they were able to be trained after a mere 5 repetitions when learning a new command.