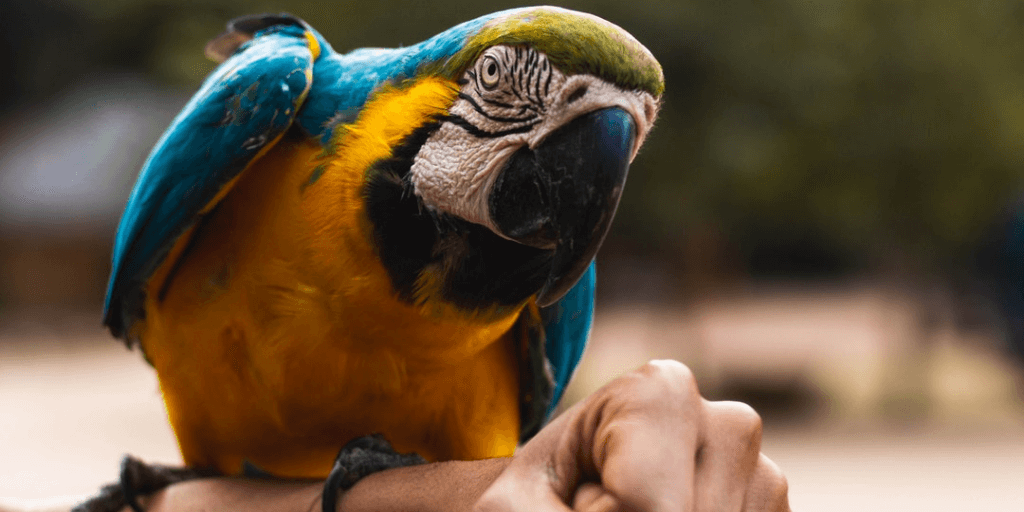 Tests involving four species of parrot have found that these birds are capable of making complex economic decisions.

The study involved 33 individual macaws and African greys who were taught to recognise the value of different tokens that could be exchanged for food rewards.

The birds were then pushed to make difficult decisions about whether to accept an immediate reward, or choose to invest in tokens that would guarantee them a better snack later on.

The highest reward available was a piece of walnut, while the worst treat on offer was a sunflower seed. The birds were also offered a middle option – a nugget of dry corn.

In various tests, the parrots consistently rejected disappointing immediate rewards in favour of choosing a token – but only if the token would get them a better treat later.

The team behind the study say this shows that the birds are capable of making deliberate, profit-maximising decisions, and that the birds can perform as well as chimpanzees have done in similar tests.

“We found that they are capable of making surprisingly subtle decisions to maximise their payoff while minimising their effort,” says Auguste von Bayern, from the Max Planck Institute for Ornithology in Starnberg, Germany. “This is a fascinating indication that such decisions may matter greatly in their natural environment.”