8 Tips for Bonding with your Cat 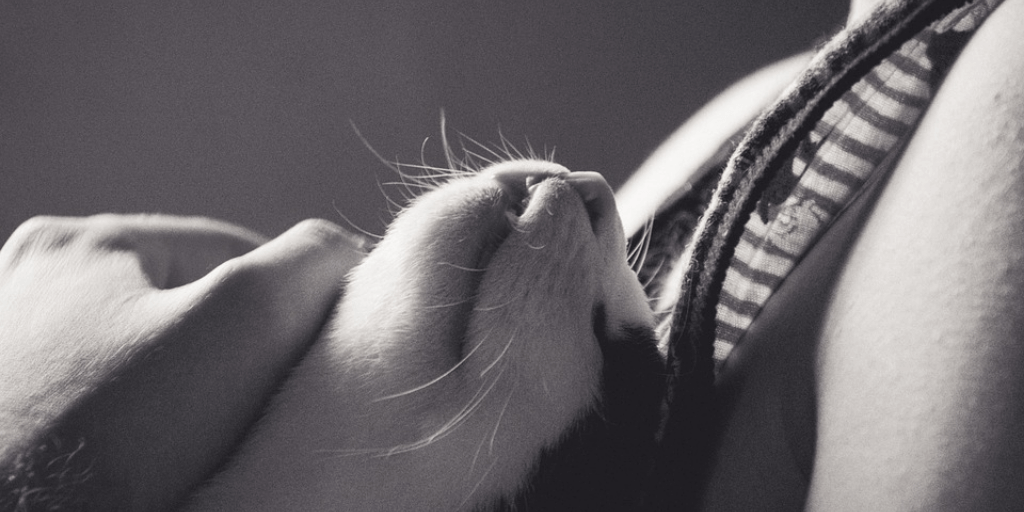 There are a lot of stereotypes about cats out there, and as a cat person with three of her own little fur babies, I find many of them to be quite annoying. The worst one, by far, is that cats can't bond with humans and don't see us as something they might love. I have three cats: trust me, we have a bond! And science backs me up — sometimes. One 2011 study found that felines actually care more about human interaction than food, which makes them more similar to dogs than people think. The trick to getting close is bonding with your cat the first week you get them, and setting the grounds for a solid, loving relationship.

Bonding with any animal can be difficult and unpredictable, especially when it comes to cats — they tend to be moody and a little more standoffish, and their behavior really depends on their breed. But it's certainly not impossible to form a bond with your brand new kitten (or older cat) and it's not as hard as it seems. The tips below are a really great start. You also need to be willing to be patient. Bonding won't happen in a few minutes, and may take a few days or even over a week.

Once you do bond with your cat, the time spent doing so is worth it. Cats can be so warm, loving, cuddly, and sweet when they trust you and feel safe around you. You just need to get to that happy place!

1. Make Them Feel Safe With Their Own Spot

Cats like to have a spot in their home where they feel safe and in control. When you first bring your new cat home, make sure they have that space. Set up a spare room with their toys, a bed, blankets, and their food and water bowls. Then put them in there and let them adjust on their own. That might mean they won't come near you, and that they hide under the bed or something. Let them do that until they're ready to come out.

You shouldn't be on top of them in the room, but you should go in and out, or just sit nearby so they know you're there. It's really important for them to feel that they have a whole place to themselves that is theirs.

You might not want your cat to be in control, but in order to really bond, you need to give them a little bit of power. This is especially true in the first week you have them. You need to let your cat warm up and feel comfortable on their own, and you have to allow them to come to you when they're ready. Dr. Ryane E. Englar, assistant professor and clinical education coordinator at the University of Kansas College of Veterinary Medicine, told PetMD that, "Cats decide when it's okay to start making friends."

Bonding with a cat takes time and patience. You don't ever want them to feel like you're crowding them — they need some space (all the time, not just in the beginning!). Englar told PetMD, "The most important thing is to observe before jumping right in. Playing it cool can be very difficult. We usually want to engage with cats right away — pet them, scoop them up, and see how they interact with us. But that's the human way of doing things. Cats see the world differently than we do."

One way of doing this is setting up their own space, like the first tip suggested. You also shouldn't be forcing them to cuddle or holding them if they don't want to be held, following them everywhere, or constantly trying to pet them.

Contrary to popular belief, cats are very playful, especially kittens. They do sleep a lot, but they also love to chase things and run around. When they're little, they play with each other all the time, or anything they can find. Mimic the behavior they would have with another cat and play with them. You can use cat toys, or just a piece of ribbon.

5. Pet Them And Make Soothing Noises

After some time, you might notice your cat is getting more comfortable around you — they'll show that by "bunting," which is rubbing their forehead against your leg, and kneading, which is when they gently claw a blanket or another fabric before they lay down. They'll also approach you more and allow you to touch them.

Once this is happening, it's time to bond by petting them. One of the most social behaviors between two cats is grooming, which is when they lick each other. You shouldn't lick your cat, of course, but you can definitely pet them. You can also try gently brushing them. You should speak in a soothing, gentle voice while doing so.

6. Let Them Sleep In Your Bed With You

One of the best ways to bond with your cat is to let them sleep in your bed with you. It can be tricky, though. Cats don't always sleep through the night, and might end up waking you up several times. They can also kind of take over your sleeping space, which is cute, but sometimes uncomfortable. But if you want to try it, it can be worth it. Put them on the bed, then allow them to get comfortable however and wherever they want — don't try to force them to sleep right next to you. You might find that they eventually move closer to you on their own.

One way to make your cat more comfortable around you is to always make sure something good happens whenever they're around you. You can do this by talking to them in a gentle voice, petting them, playing with them, and, of course, giving them treats. Don't give them too many, obviously, but a few once in a while is fine.

Cats are really interesting animals and can engage in so many different behaviors, many of which can vary depending on their breed. Learning more about the cat you have is the best way to bond with them, because it will help you recognize the good and bad behaviors they're engaging in.